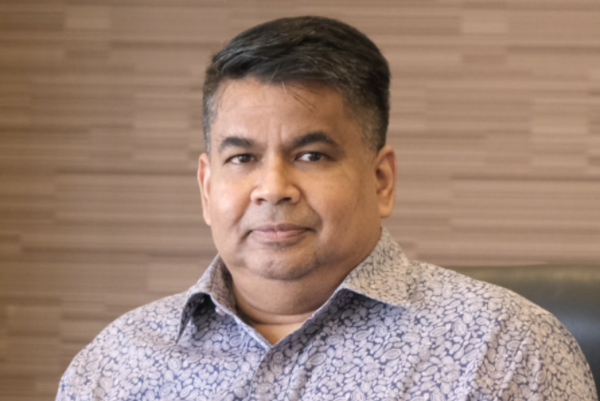 Datuk Dr Rais Hussin. Photo from Salaamgateway
A
A

When the Squid Game, a Korean survival drama, hit Netflix in mid-September, it caused an ambiguous response from the public and movie critics and rightfully so, as many could not see beyond the grotesque, exacerbated, bloody depiction of murders in "just another survival game".

However, others probably have realised that the creators of the movie have deliberately exaggerated the brutality. The aesthetically pleasing decor in bright and joyful colours during the games or the relaxing, soft, and melodious background music played—all of this intentionally makes the on-screen violence even more pronounced.

With that, some souls, not accustomed yet to a reflection-less consumption of graphical content from the screen, will undoubtedly find the cruelty of various societal vices depicted in the movie to be a much more traumatising scene even in contrast with the excessive physical brutality.

As the game progresses, the Squid Game turns out to be a multidimensional (socio-economic-political) reflection of the life of a sick society in its complete moral decadence, heightened individualism, and spiritual chaos. These scenes depicting humanity from its lowest to its highest are now out there for us to reflect deeply and course correct.

The drama very explicitly touches more fundamental societal problem—the general tendency and ardent desire to live beyond one's means. This greed and thirst make some gamble even with the money they do not own, parts of their body or the dual value of life, their own life as well the lives of others.

The relentless pursuit of personal gain at the expense of others is, unfortunately, the code of conduct in our social-economic-political life. Some observant spectators might probably even exclaim that the Squid Game must have been written by a politician as it depicts everything that a typical politician is in moral agreement with—fraud, absence of shame, dishonesty, double standards, empty promises, breaking promises, outright trickery, coldhearted treachery, corruption.

Yes, ironically enough, the Squid Game has its own cartel. But why would we be surprised? These days cartels are everywhere, and corruption is the way of life in our country.

Player 001 sums up succinctly the unspoken postulate of nowadays politics: "Life is like a game, there are many players. If you don't play with them, they will play with you".

Thus, for most politicians, the moment at power is like a day in the Squid Game facility—a day that has no tomorrow.

They use identity politics to break us apart and eventually break us. Like the Squid Game masters, they make us believe that we need to compete for personal gain at the expense of others.

Sometimes they divide us into smaller teams, while at other times, they say— "we need to be one team"—without really meaning it. Like in the Squid Game, they claim the system to be fair and equal for all, but it turns out it is not on many occasions.

The promises here have no binding power. The feeling of shame does not reside. The fear of punishment... "is eliminated".

Nowadays, even the convicted political leaders go hands-free, and we should not be surprised to see them in the political arena again and even gain support.

However, the night of the violent scenes in the Squid Game very graphically illustrates what happens when a group of people learns that any sin goes unpunished in the system—the sin mushrooms in abundance, variety, and brutality.

However, as we already know, the politicians are only the reflection of the society—the two looking at each other like in the mirror make the perfect pair. Thus, the Squid Game VIPs and the players might have more in common than initially may seem.

In this regard, it is interesting to analyse how the theme of the people, the society, again grotesquely, is discerned in the Squid Game.

It is all meaningful how red and blue envelops in the first episode of the Squid Game echoes the "red pill" and "blue pill" from The Matrix movie (1999), symbolising "willingness to learn a potentially unsettling or life-changing truth by taking the red pill or remaining in contented ignorance with the blue pill".

In the drama, numerous scenes illustrate how the players (society) remain ignorant and fixated on their personal gain continuously reiterated to them by the Squid Game masters.

However, the "glass stepping stones" game is probably the apotheosis of such ignorance and the model of our society.

Note that no one has forced them to complete this game. According to "the rules", they could have jointly voted any time to stop the game.

In these circumstances, it makes all the perfect sense to do so (even while being driven by the personal gain) because it is easy to estimate immediately that the death rate in this game on average should be certainly much higher than 50 per cent (the exact death rate was 81.25 per cent).

However, when personal gain (some more elusive) overshadows not only the common good but the self-preservation instinct itself... We have the state of the nation that we have—self-destruction.

In contrast to this, the critical moment and probably the key message of the controversial Netflix drama is in the "squid game" scene itself.

When one player, while just a step away from winning the entire cash prize, turns back towards his almost defeated opponent, stretches out his hand and invokes to go back home together.

Do we need the red pill to finally wake up and realise that we also do not need to compete to live happily together? We need to stop allowing divisive politics to destroy the nation and us. It has always been the case—just like in the Squid Game, the signs were there on the wall all this while.

Did we not have enough of Squid Game for just these last two years of the pandemic? Perhaps, right now, many are losing hope and see no avail in voting.

However, exactly now is when we need to come together as one and start voting to stop the Squid Game.

Let us together make sure that selfish, dishonest, corrupt, and simply ignorant politicians have no future in our country.

Let us show zero tolerance to them.

They may give petty handouts in their political campaigns but then steal not only billions of ringgit Malaysia but the national future from all of us.

They will take all our marbles and make us walk with the pebbles on our chests instead.

We can accept whatever handouts, as they are our (the taxpayers) money anyway.

But at the same time, we should still vote only for selfless, sincere, competent, professional, high integrity, God-fearing characters to be our national leaders who are full of compassion, empathy, and genuine love and concern for the welfare of the people as a whole.

Therefore, we can prosper all together! Let us go home together, Malaysians! Please remember the Squid Game and reflect.

Datuk Dr Rais Hussin and Datin Margarita Peredaryenko are part of the research team at EMIR Research, an independent think tank focused on strategic policy recommendations based on rigorous research.

This opinion piece is a prelude to the new English portal Sinar Daily, which is set to go live in December! Stay tuned as more comprehensive and interesting content awaits you!