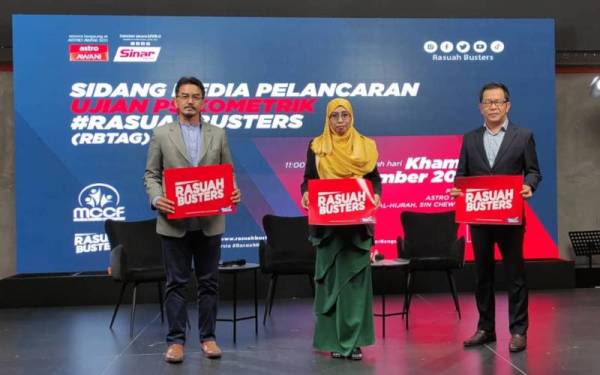 From left: Halim, Nurhayati and Rosmadi during the launch of RBTag psycho-metric test today.
A
A

SHAH ALAM - The Melaka state election candidates as well as politicians in general are urged to take the Rasuah Busters Tag (RBTag) psycho-metric test to measure their integrity level.

Rasuah Busters Chief Secretary Nurhayati Nordin said candidates who are determined to tackle corruption issues should the grab this opportunity as it does not only help increase their credibility but also gain bonus points for voters to put their trust and confidence in them.

She said the initiative, which is done in collaboration with the Malaysian Community Care Foundation (MCCF) does not have intentions to bring down any candidates but instead an effort to show their commitment in fighting corruption issues.

"RBTag is a mechanism to identify the credibility and capabilities of the candidates in leadership and governance.

"The leaders need to gain the people's trust thus this test acts as a measuring tool for the people to evaluate them as well as allowing voters to judge and make their own decisions," she said during the RBTag launch at Karangkraf Complex today. 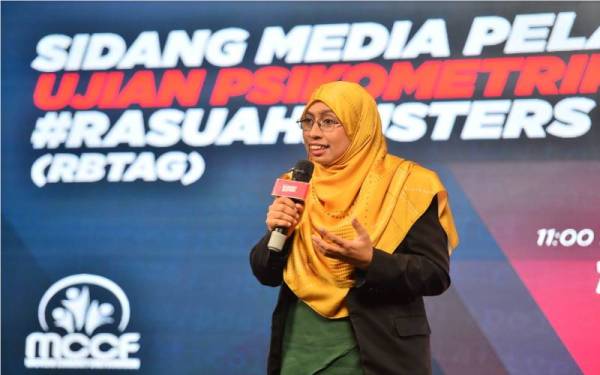 Nurhayati speaking during RBTag's launch at the Karangkraf Complex today.

Nurhayati added that it was the perfect time to introduce this test as there were many new faces entering the national democratic system.

She said results of the RBTag will only be known by those who has taken the test and they themselves determine whether they want to share it with the public or not.

"RBTag prioritise the transparency and confidentiality of information for anyone taking the test," she said.

Rosmadi said the RBTag psycho-metric test was created based on scientific data with a 90 per cent reliability rate to measure integrity characteristics. These characteristics are spirituality, manipulation, egoism, projection, opportunist, integrity, identity, patriotism, individualism and inconsistency. 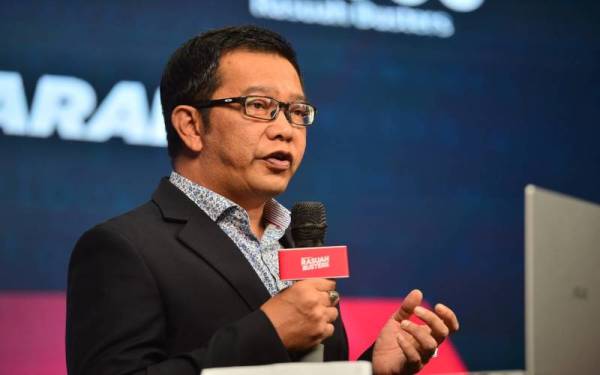 Rosmadi said RBTag psychometric test was produced based on the values and psychology of the Malaysian society,

He said the test, produced based on the values and psychology of the Malaysian society, was coined by a group of psychometric and statistical testing experts from three local universities.

He added that the use of such psychometric tests was widely practiced by the top 20 countries listed in the Corruption Perception Index (CPI) such as Denmark, Finland, New Zealand, Sweden and our neighbours Singapore.

“Other countries use the psycho-metric method in different areas, according to their needs. Most of them are directed towards the government agencies, enforcement and education.

"The test has been proven to be effective," he said.

Melaka state election candidates or anyone who is interested to sit for the RBTag psycho-metric test can contact 0127869261for further inquiries.