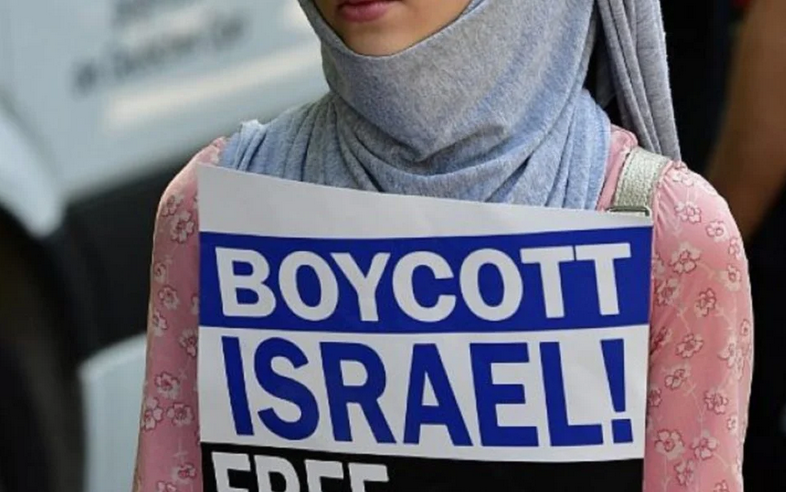 Photo by AFP
A
A

The Malaysian government’s decision to refuse entry to Israeli players to the World Squash Championship is to be roundly applauded by all who want to see a just resolution to the Palestine/Israel issue and an end to the seven-decade suffering of Palestinians in the illegal occupation of their land by the Zionist apartheid state.

It is also a decision that should not attract any kind of controversy whatsoever. It has always been a declared and explicit policy of the government for Malaysia not to have any kind of sporting ties with the Zionist apartheid state and the recent decision is entirely consistent with that policy.

And what is wrong anyway if the two are contingent on each other? Sports signify friendship and a nation has the right not to be friends through sports with another nation, in this case Israel which barely conceals its ethnic cleansing and displacement of Palestinians, in order to send a clear message of disapproval to the oppressing party and one of solidarity with the victims.

A sporting boycott allows countries, organisations and individuals to take a moral stand on issues and cast the target country or party into pariah status and deny it the respectability it so craves. Israel thoroughly deserves and is long due that pariah status for its blatant crimes against the Palestinian people.

That Israel is still deemed a respectable country by some is due to a well-funded Zionist propaganda machinery operating especially in the western countries. A sporting boycott brings to the fore the Palestine/Israel issue and allows a wider and more honest public discourse and a deeper scrutiny of the history of the issue. Such a discourse is free from the usual canards peddled by the pro-Zionist mainstream media which have done nothing but prolonged the suffering and injustice against millions of Palestinians.

It is not an accident that a non-violent, all-inclusive grassroots movement such as the Boycott, Divestment, Sanctions (BDS) movement is being subjected to criminalisation by the Zionist lobby in the US and some western countries. It is but a sign of their defeat in the moral and intellectual debate and their fear of what may ensue – millions of hearts and minds which are becoming supportive of the Palestinian cause. Israel should not be specially targeted? This is indeed a strange argument.

It could only be borne by closet Zionists or out of sheer ignorance of the evidence of history.

First of all, why shouldn’t Israel be targeted? It is the one remaining apartheid state in the world. It holds the world record in the number of UN resolutions against it which it has arrogantly ignored.

It demands that the world recognise its right to exist while at the same time doing its darndest to deny the Palestinians’ right to exist. It is the only state in the world that has no self-declared borders in order that more and more Palestinian land can be stolen under its illegal occupation of the West Bank and the Gaza Strip.

But above all, it is a blot on the world’s conscience that the grave injustice against the Palestinian people is still being perpetuated from 1948 to this very day. Singling out the country responsible for that injustice by boycotting it in the sports arena is an understandable obligation to anyone capable of the slightest moral deliberation.

Whining and whingeing by some Malaysians as to why the government is singling out Israel also reeks of hypocrisy. Having a Malaysian passport is not a right but a privilege granted on the condition that you agree to the policy of singling out Israel since on that very passport it clearly states Israel is the one country where the Malaysian passport-holder is prohibited from entering.

It is therefore only right that those who really believe the government is being unfair in targeting Israel to please stop being hypocritical, stick to your principle, walk the talk, go the whole hog, be true to your belief and in future refrain from applying or renewing your Malaysian passport. Only then will your complaint about the policy being unfair be credible and seriously taken. Otherwise, it is sheer hypocrisy.

Sponsorship money foregone because Malaysia will miss out hosting international sports tournaments due to its boycott of Israel This is an argument advanced by neanderthals whose minds and souls have not evolved beyond the lower reaches of the Maslow hierarchy of needs. Millions of your fellow human beings are suffering for over seventy years already and all you can think about is money?

It is as if the country will not be able to host any international sporting event at all from now on – which really isn’t the case. One can only feel sorry for those who think such an argument is a sound one. On the contrary, it only shows that they have the capacity to be callously indifferent to the suffering of others.

It is fair to conclude that those who complain about the decision not to allow Israeli squash players in really do not have a leg to stand on, are either closet Zionists or just unable to transcend local politics and through sheer dislike of the government will bash any decision or policy that it adopts in the Palestine/Israel issue.

Recommendations We recommend that the government from now on direct all sports, cultural and government-linked bodies to refer to it prior to making any decision on the hosting of events which may compel allowing the entry of Israeli official representatives.

Tajuddin Hashim Boycott, Divestment, Sanctions Malaysia The views expressed in this article are the author's own and do not necessarily reflect those of the

ENGLISH
End the myths against HIV and AIDS
by SYAHIRAH MOKHTAZAR